The topic of cats versus dogs might seem like a scene from a cartoon. However, the dispute has lasted for a long time. In fact, it’s so archaic that folklores from a variety of cultures have written about the feud. Stories from ancient Romania, China, and West Africa tell of dogs and cats fighting one another over table scraps, so it’s vital to make sure they don’t have this problem at home.

Even though the lore of cats versus dogs might seem like a fictional tale for pop culture, there is actually some truth to it. While this isn’t a rule for every dog and cat, dogs and cats tend to naturally have conflicting behaviors. The good news is that while their behavior might make them more likely to hate each other, there are ways to change their behavior.

Dog and Cat Behavior in the Wild

In that sense, wolves are known to get in fights with wildcats, and coyotes are known to eat stray alley cats, and so forth. In these contexts, dogs and cats don’t dislike each other any more than other predatory species.

In fact, in most cases in the wild, they would probably rather not interact with one another than open the possibility of becoming prey – similar to how most sharks and humans feel about one another.

Dogs Versus Cats in the Household

In domestic situations, dogs and cats are forced to interact with one another in our homes. Sometimes these interactions can lead to miscommunications and scuffles, that when uncontrolled, can lead to painful and unnecessary veterinary emergencies.

Most dogs are prone to being gregarious and curious. Dogs will usually run right up to a new person or animal to check it out. Cats, on the other hand, might find this behavior threatening, leading them to run away. The cat’s reaction to run away triggers a chase response in the dog, which can turn into a classic game of “dog versus cat.”

In this context, neither the dog or cat means harm, they simply misunderstand the motivation of the other animal. From an evolutionary point of view, both animals are simply practicing their innate survival instincts.

Do you have a household consisting of both dogs and cats? You might be tempted to give up on trying to get your cat and dog to get along, and instead try teaching your dog to leave the cat alone. Don’t give up just yet. Fortunately, domesticated dogs and cats are bred to be social creatures, and can be taught to get along in most cases.

One of the primary tricks for teaching your dog and cat to like one another is to control their introduction. When introducing your cat and dog, you will need to restrain your dog. Dogs tend to get overexcited in most introductions, so your dog will need to learn the cat’s introduction language, which tends to be much more finicky than dogs.

The act of restraining your dog will show him that you will not stand for attacks. This will also teach your cat that she doesn’t need to run from your dog. Continue to praise your dog, give treats, and toys, when he is able to stay calm in the same space as your cat.

You can also give your cat treats, when she stays calm around your dog. Over time, your pets will be positively reinforced enough that they will enjoy being in each other’s company.

When to Keep Your Dog and Cat Separated

While allowing your dog to chase the cat around the house can be his form of exercise, it’s best to leep your dog and cat separated, if you feel like they are overly aggressive in each other’s presence. Keep your introductions brief, until there is no sign of aggression from either side. Some dogs seem to actively hate cats and other animals including birds.

This display of behavior is more common in especially territorial pets, or adopted dogs that have been abused in their past. While this isn’t a rule, some breeds are less likely to get along with cats. These “power” breeds, include: rottweilers, Pit Bulls, German Shepherds, and so forth.

At the same time, it’s important to remember that dogs are incredibly intelligent, and “old dogs can still be taught new tricks”. Even if a dog and cat weren’t raised together, most dogs and cats can be taught to become friends.

If you need help or assistance with any of your beloved pets, feel free to contact Care Animal Hospital for any concerns today. 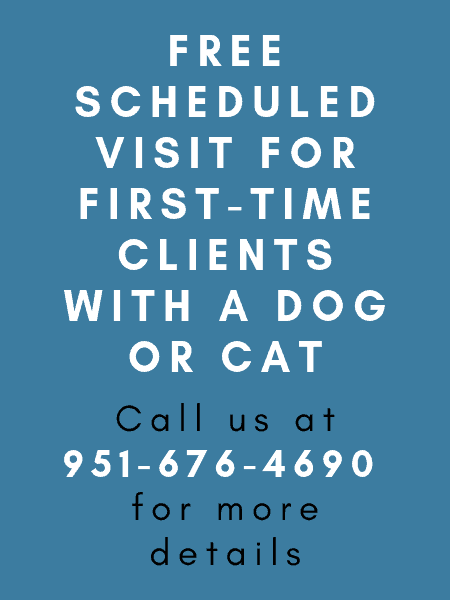